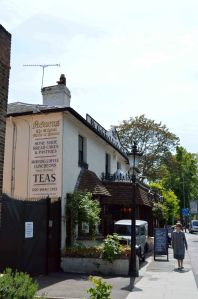 Some say Hampton Court, some say Richmond Palace. You pays your ha’penny and you takes your choice when it comes to legends about Henry VIII’s eating habits, especially when it comes to melt-in-the-mouth pastries dainty enough for a nursery rhyme.

The story goes that the king, visiting his queen du jour in her apartments at one of the two palaces, found Ann Boleyn and her ladies eating sweet tartlets from a silver dish. On tasting them he declared these ‘Maids of Honour’ to be so wonderful he confiscated the recipe, locked it in an iron box and announced they should be for Royal Consumption Only. Some myths even claim the inventor of Henry’s new favourite cake was kept prisoner, forced to create the little tarts at the king’s whim.

This seems unlikely; research implies the recipe for this light-as-air curd-cheese and pastry confection had already evolved down the ages from a much older concept involving potatoes (some interpretations of the dish still include a little mashed spud) though like so much historic food there’s little chance of proving anything.

The recipe was ‘leaked’ in the 18th Century, allegedly sold by a lady at court, and the delicacy became a fashionable must-eat in the bakeries around Richmond, including one where a young apprentice, Robert Newens, worked. He set up shop himself in 1850, creating his own version of the tarts, which remains a secret to this day. In 1887 Newens’ son Alfred opened another bakery on Kew Road, so he could branch out with a refreshments room for the burgeoning crowds visiting the trendy wrought-iron palm houses at Kew Gardens. For many, a trip to see Kew’s botanic wonders was not (and is not) complete without a visit to the Original Maids of Honour tearooms – and a taste of those crisp, puffy pastries, with that soft, sweet filling, lightly-golden and warm in the mouth.

The elegant early Victorian premises was reduced to rubble during World War II. Peter Newens was called back from the army to help rebuild the family business and recreate the bakery itself. The resulting 1940s faux Tudor tearooms, with their double-fronted bay windows, Windsor chairs, chintz curtains and log fires are a triumph of 20th Century suburban Englishness.

On the counter sit fat jugs of tulips and daffodils; behind the counter dark-wood shelves house little bags of home-made sweets – bulls-eyes, army-and-navies, humbugs, mint imperials, stem ginger. Glass cases of choux buns, vanilla sponge, opera-cakes, orange-boats and toasted teacakes balance yet more glass cases of pasties, flans and gigantic meat pies that would not look out of place on Bluff King Hal’s own groaning board. All are still made from scratch on the premises, seven days a week, using traditional methods.

Ingredients are weighed, mixed, minced, rolled, seasoned, piped and iced by hand. Victorian marble-topped bakery tables and (slightly temperamental) gas ovens installed decades ago are lovingly-maintained and repaired in favour of being ripped out for hi-tech modern equipment.

Eating a Maid of Honour from Spode china with a knife and fork of a sunny Spring afternoon is still a luxury. At busy times visitors have to wait for a lace doily-topped table; happily the owners have no intentions of losing nostalgic charm by expansion. When the original Maids of Honour cakes were being made for Henry VIII, however, they were even more of a frippery than they are now. At a time when the populace ate to live, the masses put up with heavy, bland pottage at every meal.

Maids of Honour were sweet and light and had a nutritional value somewhat less than the average labourer needed for a day’s work in the fields. Eating these inconsequential flights of fancy proved the consumer was beyond having to work for a living, and further: they were important enough to be included on the exclusive banqueting-course guest list. Sugar and spices shipped from the New World were phenomenally expensive, and only the finest ingredients would have been used, putting cakes beyond everyone save the nobility.

Bog-standard Tudor cookery involved open fires, cauldrons and hours of pot-boiling. Although no one knows for sure how Maids of Honour would have been baked back then, it’s likely ovens, themselves a status symbol, would have been involved along with ‘coffins’ – baking trays made from hardened pastry. By the time the original Maids of Honour bakery opened in Richmond, equipment was more like we’d recognise today, the tiny tartlets made using metal bakeware and wood or coal-fired ovens. 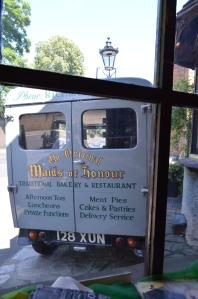 The business is no longer owned by the Newens family (though they still have close ties; seventh-generation Christopher Newens is currently writing a book on the history of the dish) but otherwise not much else changed for years. They’ve been visited by royalty, nobility, dignitaries (including Winston Churchill) and celebrities.

In the past few months, though, a small revolution has taken place in the delicate pastry world of the Maid of Honour. TV chef Jamie Oliver made the daring (some might say iconoclastic) suggestion of – heavens – flavouring the traditional tartlet. For the first time in nearly four hundred years visitors can now choose from one of four upstart varieties – chocolate, apricot, strawberry and brandy – alongside the fluffy, creamy original. 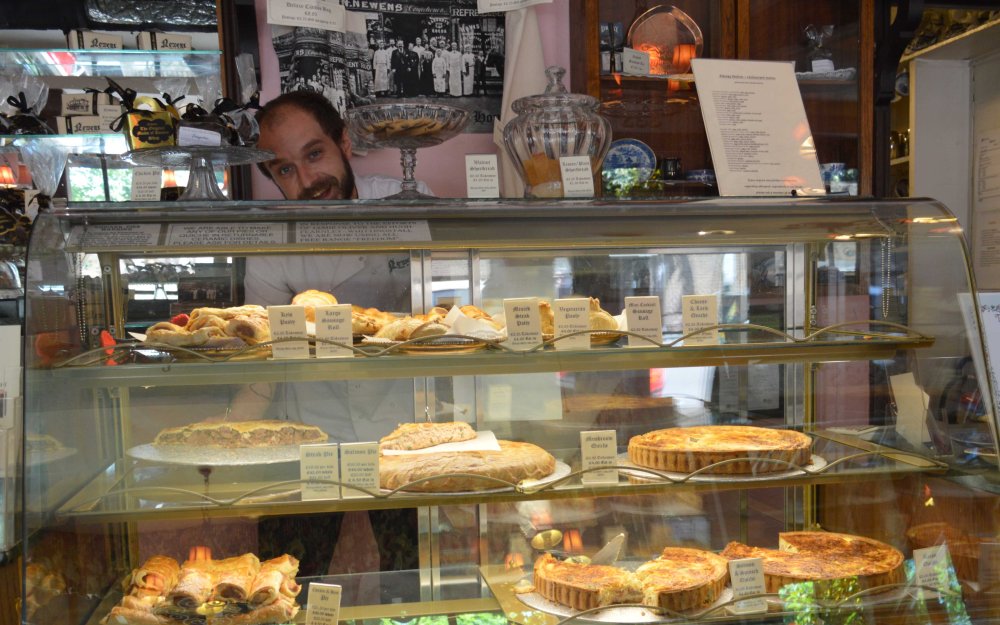 The Original Maids of Honour Tearooms

This feature by Sandra Lawrence originally appeared in the Daily Telegraph. If you would like to syndicate this story or commission Sandra to write something similar please contact her at the following address, missing out the obvious gap…