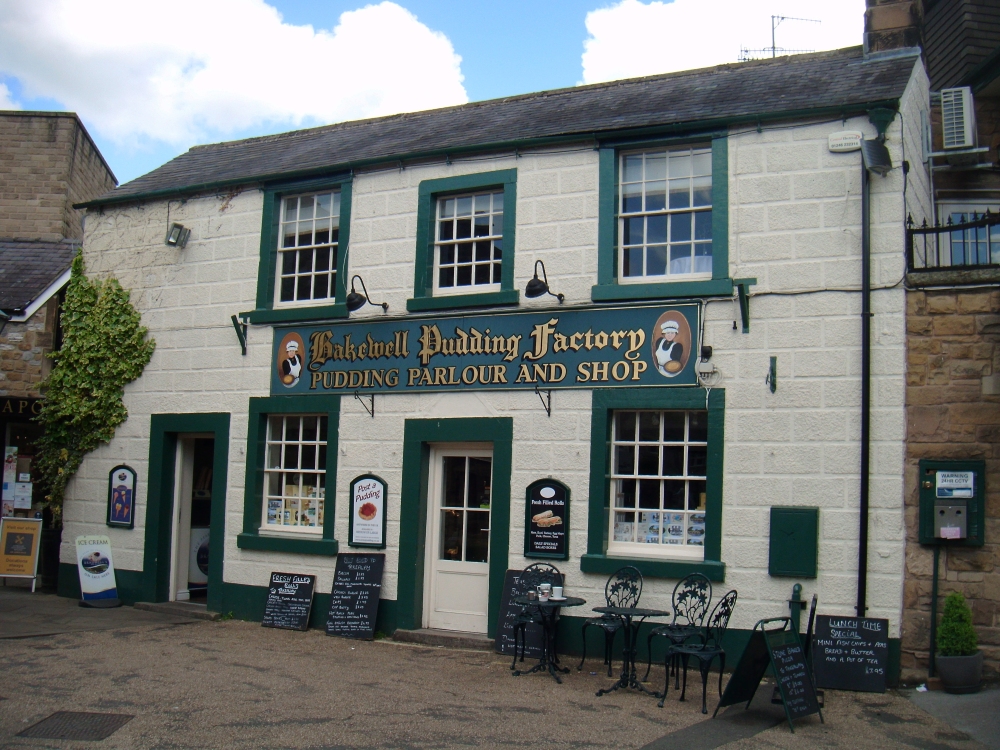 There are several mysteries to do with Bakewell, at least two of them down to its most famous sweet treat. Is the world-famous Bakewell Tart the authentic dish or should we be lauding the less well-known Bakewell Pudding? And why does virtually every bakery and tea shop in the town claim to be the first-ever and the only one where the real thing is served? 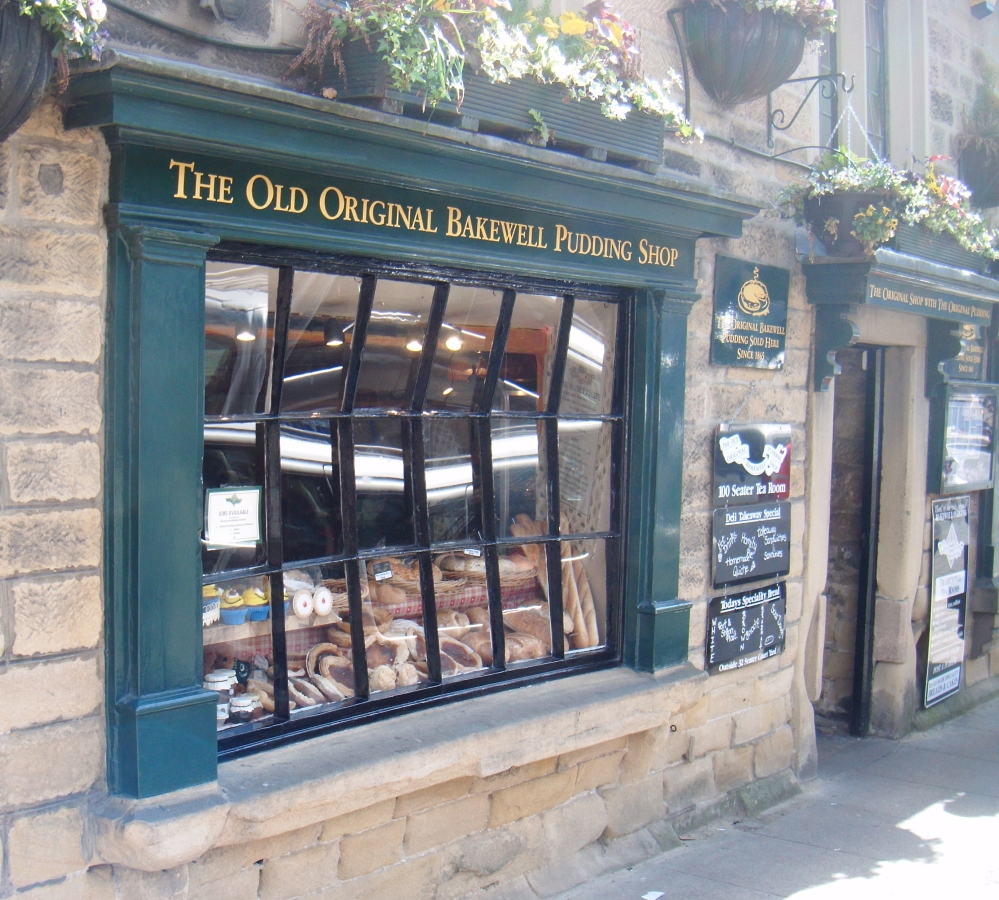 Don’t get me wrong, I’m happy to try them all. This pretty little Derbyshire town, a stone’s throw from the great estates of Haddon and Chatsworth, with its melting cream stone, cutesy houses, ancient half-timbered buildings and Georgian charm is worth revisiting enough times to sample every single ‘Real McCoy’ bake shop at least twice.

According to the Old Original Bakewell Pudding Shop in the town square, the pudding is what you should be eating in Bakewell.

The tart is a much more commercial proposition, with its layer of jam, almond sponge and, according to which baker makes it, thick layer of white icing with a cherry on top. That’s the one you’ll find in every convenience store in Britain under the Mr Kipling label – and I confess I have a soft spot for it, thick gommy pastry, sickly sweet icing and artificial almond flavouring and all. I was brought up on such treats and I have fond memories of them (not that I’ve actually had one in years. I can’t decide if this is something I should remedy or if, like so many kid’s TV programmes, it’s a memory  that should be left unblemished by reality). 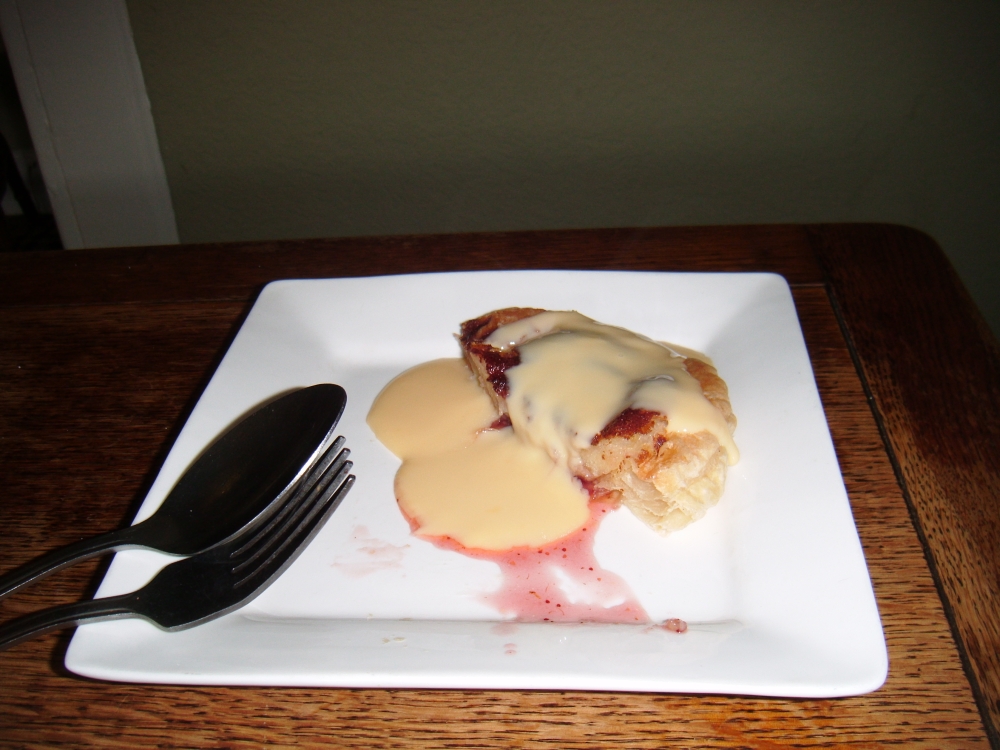 But back to the Bakewell pudding. We’ll start with the basics. It’s not a looker – a circle of bumpy puff pastry, with an almond sponge middle over a layer of strawberry jam. Traditionally served with custard, it’s sweet and stodgy and perfect for stuffing away in the middle of a hearty country walk through the Peak District. 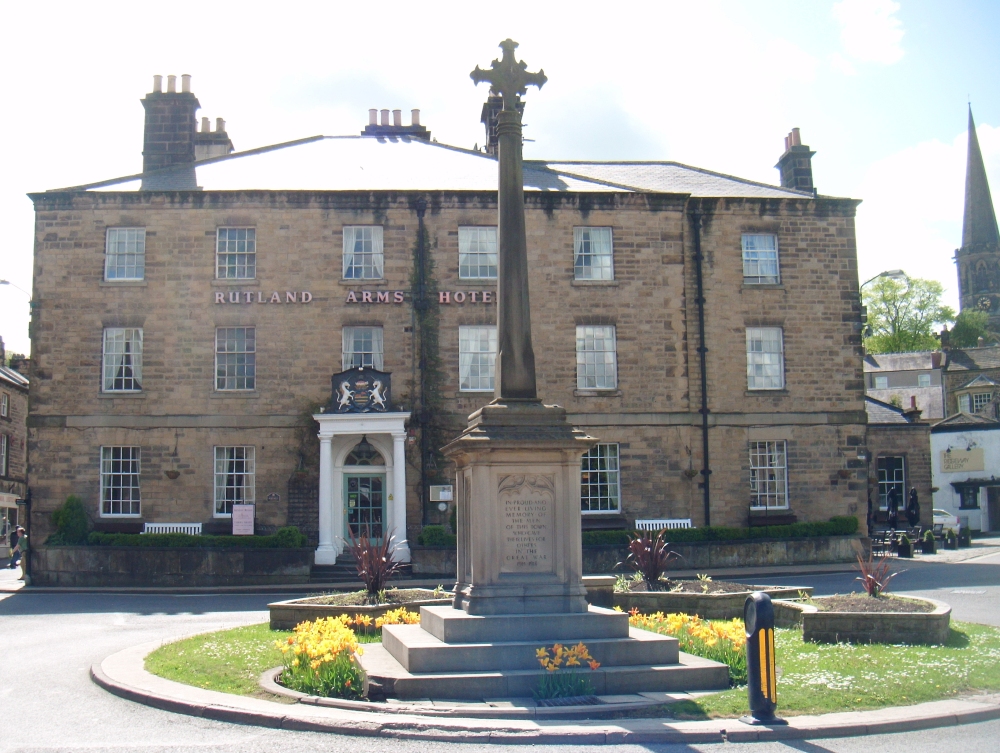 Like so many old recipes, it’s claimed it was invented by accident. The tale goes that, back in 1860, a nobleman ordered a strawberry tart in Mrs Greave’s inn, the Rutland Arms (which is, presumably why they claim authenticity). The cook made a mistake, spreading a layer of jam onto the pastry instead of stirring it into the mixture, observed by a Mrs Wilson who saw a gap in the pudding market and started making her own version in the cottage that is now the Old Original Bakewell Pudding Shop, presumably why they claim authenticity. 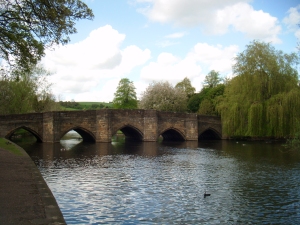 The Oxford Companion to Food, however, claims the earliest reference to Bakewell Pudding is in 1826. Another source claims the Mrs Greaves story is actually Mrs Graves and it was 1820. Mrs Beeton has a recipe for it using breadcrumbs in 1861, which, if the first story is true doesn’t give a very big window of opportunity for the idea of Bakewell Pudding to turn into the publication of a recipe for one. 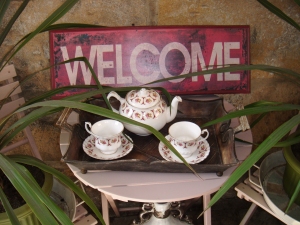 It gets even more complicated that at least two other stores also claim to have been given or been left the recipe, hence pretty much every cafe you pass in Bakewell telling you they are the only place that does it right. 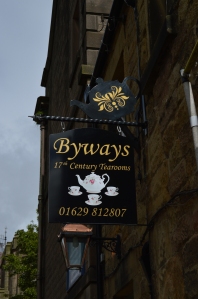 There’s only one answer, really – try ’em all.

They all claim to have secret ingredients but mainly create them in a similar way to each other: puff pastry base, a layer of strawberry jam, more or less generous depending on the establishment, then a batter of eggs, ground almonds, sugar, butter and ye mystery ingredient (my money’s on cornflour), baked and served with custard or ice cream.

I’ve worked my way through several stores’ versions. So far I’m most taken by Byways Tea Rooms, upstairs above a shop in Water Lane, but I’m willing to be persuaded otherwise. 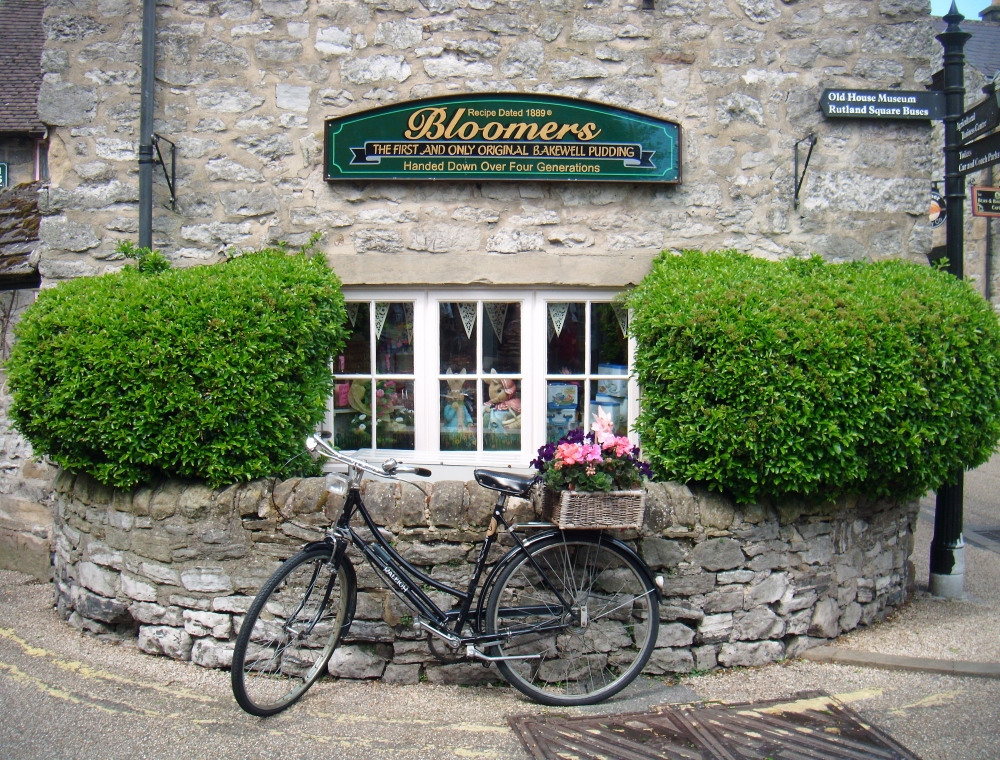