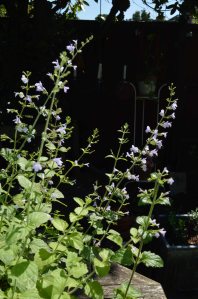 Ever had that feeling when you’re totally floored by a flavour you can’t quite place? For me, it was a herb in a pesto in Little Italy, New York. One that gave the dish an almost blue flavour. It was bizarre, it was jolting and it was absolutely lovely. I sent back to the kitchen to find the mystery ingredient, was informed it was a herb that grows wild in Italy, Nepitella.

A three-year search began – and is told here. Perhaps you’ll decide to grow it too – it’s easy to grow and prolific, my post tells you how. Nepitella is good only in the month of June and very early July (after which it gets too woody) so enjoy it as a seasonal thrill.

Once I’d found it – it’s basically a mint, but with a light, fresh flavour like no other mint I know, I determined to recreate the dish I’d enjoyed in the Big Apple, then I began to experiment…

This recipe uses a bain-marie or double-boiler technique. I use an old porringer I got from a charity shop, which is a saucepan inside a saucepan which is filled with simmering water, but a bowl inside a saucepan of boiling water will work. Don’t use a plastic bowl, it will take forever. And definitely don’t be tempted to put the custard mix on direct heat or you’ll end up with lumpy, ‘school custard’ or worse, a curdled mess.

The amount of Nepitella you need in dishes varies greatly according to personal taste, so be prepared to experiment, these are just my own suggestions. 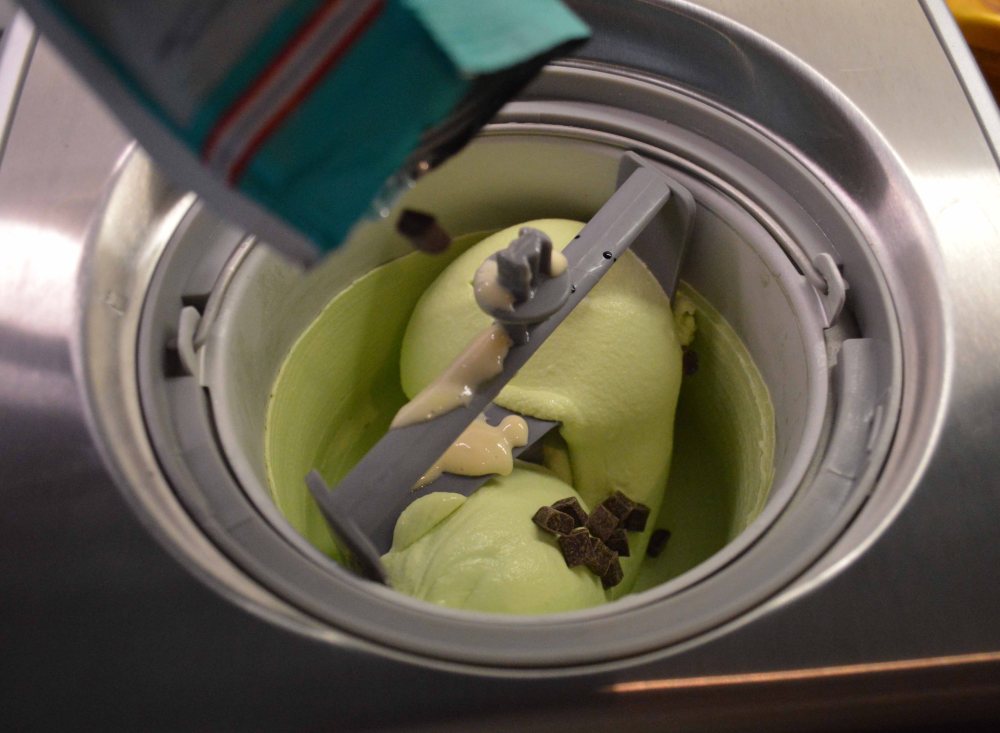 Heat the milk and 100g of the sugar in a heavy-bottomed pan, with the vanilla pod – do not split it. Just before it boils, take it from the heat and remove the vanilla pod. This can be carefully washed and saved for another recipe. Add the nepitella sprigs and allow to infuse in the hot milk for about 20 minutes.

Beat the yolks and the rest of the sugar until pale. 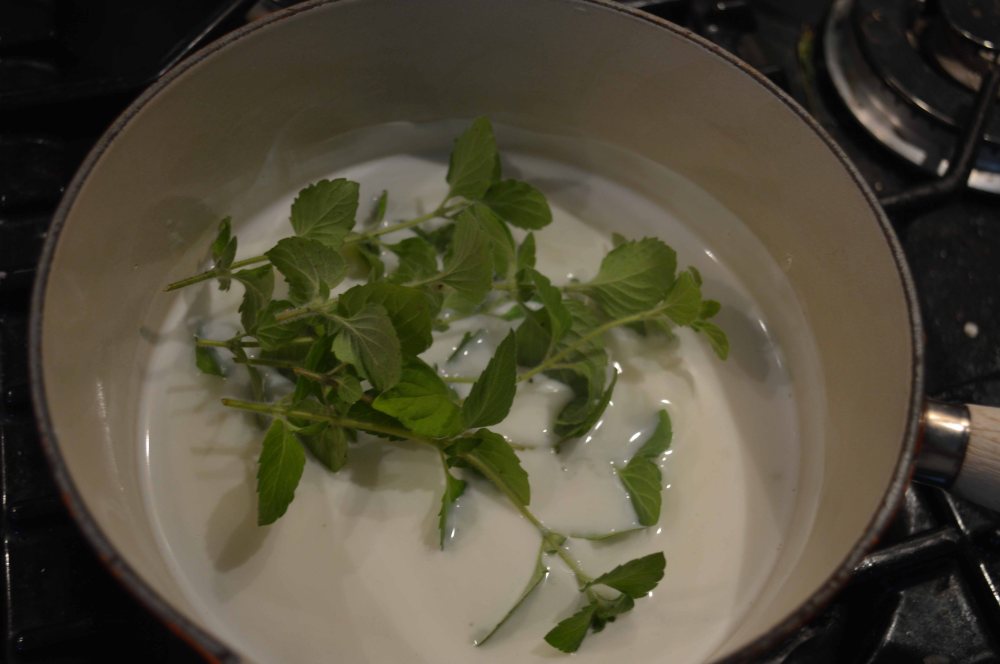 Return the milk pan to the heat and bring almost to the boil. Remove the nepitella for the compost bin. Add the milk to the egg mix and beat briefly to mix.

Pour the custard mix into the double-boiler or bowl sitting in simmering water and heat, stirring constantly until it will coat the back of the spoon.

Put the marscapone in a bowl and pour the hot custard onto it. Beat until smooth.

Cover the surface with cling film to prevent a skin forming and chill.

When absolutely cold, churn it in an ice cream maker* before either serving or freezing for later. You can, if you wish, add a little green food colouring. Just before it’s solid, add the choc-chips. Made correctly, this recipe should scoop directly from the freezer.

*If you don’t have an ice cream maker you can freeze the mix for an hour, remove, beat, then refreeze, repeating if necessary.